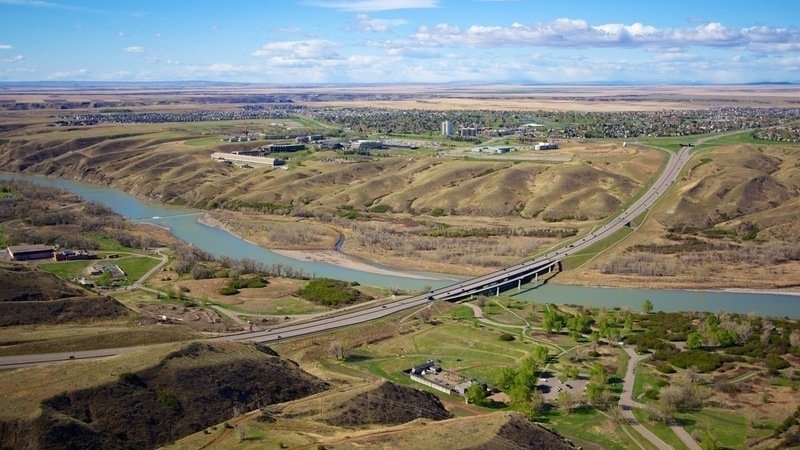 When Lethbridge residents went to the polls last October, a majority of the Council that they elected campaigned on fiscal responsibility. This is perhaps no wonder, given Lethbridge already has one of the highest property tax rates in Alberta, and it had become crystal clear to almost everyone that constantly hiking taxes was no longer sustainable.

Yet, a clear majority of more than 60% of voters also supported a referendum question to make constructing a third bridge a municipal priority. City staff calculate that the $200 - $300 million cost of the new bridge would result in a tax increase of up to 22.1% for Lethbridgians - an extra $880 per year for the average household!

At first glance, these two election results might seem contradictory.

How could voters finally vote to get spending under control, but also endorse a massive new capital project that clearly most families can’t afford in today’s economic environment?

Council – especially those who were elected on promises of fiscal responsibility – would appear to have a difficult decision to make.

On the one hand, they could build a bridge, hike taxes, and break their promise to be fiscally responsible.

On the other hand, they could keep taxes under control and cancel or delay the project, breaking their promise to build the bridge.

It turns out, however, when building a third bridge there is a third way.

Yes, citizens want a new bridge, but they also want spending kept in check overall, and it’s this type of thinking that highlights the difference between City Hall and citizens.

You have to remember that City Hall doesn’t pay for anything themselves - they use citizens’ taxes to pay for the projects they promote.

Citizens, meanwhile, are acutely aware that everything their representatives do for them is being paid for with their own money.

Voters, therefore, are perfectly willing to spend their taxes on meaningful projects, but not on wasteful pet projects pushed by ideologues.

This presents a unique opportunity for the City of Lethbridge to find a way to thread the needle and build a bridge - literally and figuratively.

Instead of raising taxes to pay for the bridge, how about cutting wasteful spending?

Just take a quick look through the City’s latest budget and you’ll find $100 million for a performing arts centre, $43.8 million being spent on cycle paths, $11 million for a new waste and recycling curbside organics collection program, and $12 million for upgrades to the SAAG facility and Henderson Ice Centre.

I could go on, but even those four projects alone represent nearly $170 million, which is more than three-quarters of the entire cost of a third bridge at the low end of estimates, and more than half at the high end.

No one is arguing that each of these projects wouldn’t be nice to have if they magically appeared for free, or if we had billions of dollars lying around doing nothing – we’re not saying they’re bad ideas.

When we launched Common Sense Lethbridge last year, we said that Lethbridge can be the best place in the world to live, work, play, raise a family, and start a business.

We also noted, however, that one of the main barriers to this goal was a lack of focus on core priorities at City Hall.

Council was spending too much time and too much money on things that were not the proper responsibility of municipal government and that all the time and money spent on those distractions had also jeopardized the quality and effectiveness of the services the City is actually responsible for delivering.

The new Council has an opportunity to correct course by focusing on what really matters to the citizens of Lethbridge and what better way to start than by prioritizing a project that voters explicitly said should be a priority.